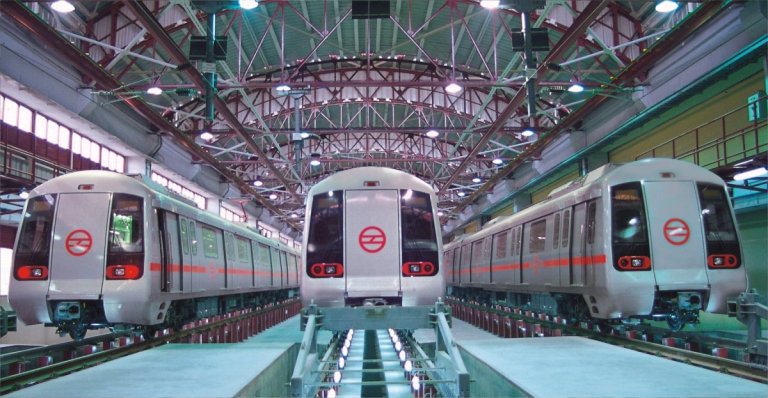 The Delhi Metro Rail Corporation (DMRC) said between the opening of a corridor of the Magenta Line in December and a section of the Pink Line in March, ridership have seen an upward trend. The total number of interchange stations has now grown to 16.

The operational span of the network has now expanded to 252 km.

“The highest (daily average) ridership achieved in December 2017 was 25.64 lakh while in January 2018, the figure stood at 26.85 lakh. The highest ridership in February has been even higher, at 26.98 lakhs,” the DMRC said in a statement.

A senior official said the five new interchange stations — Azadpur, Netaji Subash Place and Rajouri Garden on the Pink Line; and Botanical Garden and Kalkaji Mandir on the Magenta Line — will enable commuters to have access to a number of alternate and shorter routes from one point to another across Delhi-NCR.

“This is for the first time that a record five new interchange stations have been added to the network in a period of just a little over two months,” he said.

While the 21.56 km-long Majlis Park–Durgabai Deshmukh South Campus section of the Pink Line was opened to public yesterday, the 12.94 km-long Kalkaji Mandir-Botanical Garden corridor of the Magenta Line was opened on December 25.

These new sections and interchange stations of metro’s phase three will not only help in addition of new passengers but will also help realign and decongest some of the existing stations once the entire phase three becomes operational, the official said.

“It has also been noticed that metro ridership, after a drop in October 2017, is registering a steady increase. In January 2018, the overall ridership of Delhi Metro was 69,000 more than the preceding month, indicating an upward trend.

“Continuing the upward trend, the average monthly ridership increased by 80,000 passengers in February,” the DMRC said in the statement.

The average daily ridership of the Kalkaji Mandir-Botanical Garden section was about 45,000 in January, it said.

In February about 49,000 passengers travelled by Magenta line everyday which indicates that in the rest of the corridors, there was an increase of over 30,000 every day, the DMRC said.

The Delhi Metro’s daily average ridership in October 2017 was 24.2 lakh.